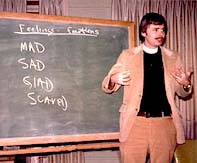 Dr. Haugk drew on his background as a pastor and clinical psychologist to train nine congregation members to be the first Stephen Ministers.

Fresh out of seminary and graduate school in clinical psychology, I had high hopes for providing pastoral care to people in my congregation and community. That’s where my gifts were. That’s why I felt called to the pastoral ministry—to bring Christ’s love to hurting people.

But reality quickly set in. There were so many needs and only one of me, and not nearly enough hours in a day. I had a church full of needs, but also a church full of people who could help. So the solution became clear: “equip the saints for the work of ministry, for building up the body of Christ” (Ephesians 4:12 NRSV). Stephen Ministry was born.

I trained nine lay caregivers in that first class, all with very different backgrounds. A secretary. A teacher. An insurance agent. A businesswoman. A student. An executive. A homemaker. A beautician. A retiree. I was immediately impressed by the dedication all nine of them put into their training, as well as their enthusiasm for the opportunity to be involved in hands-on ministry.

After I assigned each of them to a care receiver, I was even more impressed by the care they provided—and their joy as they saw Christ working through them to bring hope and healing to another person. 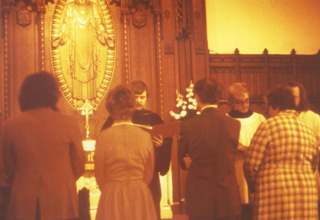 Dr. Haugk’s experiment was a success—laypeople could expand the pastor’s care by providing quality caring ministry. But the story doesn’t end here. Two of the first Stephen Ministers recognized this ministry was too valuable and important to be limited to one congregation, so they encouraged Dr. Haugk to figure out a way to offer it to others. On November 3, 1975, Dr. Haugk and his wife Joan, a registered nurse and clinical social worker, founded the Stephen Ministries St. Louis organization.

For the next few years, the Haugks, along with a few seminary students, traveled to congregations throughout the Midwest and trained Stephen Ministers. The ministry grew and grew, and they looked at how they could best support it for the long term. As it was, they could visit only a limited number of congregations, and these congregations were then dependent on these few visiting equippers to train additional caregivers. So their focus shifted to training the trainers. 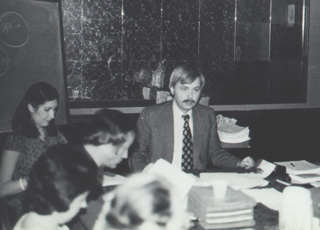 The first LTC was held in 1978 with 14 Stephen Leaders in attendance. Today, more than 75,000 pastors and lay leaders have trained as Stephen Leaders.

Over the years, Stephen Ministries St. Louis has developed many other books and courses to enhance ministry, promote spiritual growth, and strengthen congregations. These include:


Our team continues to develop new resources to meet the ministry needs of individuals and congregations. 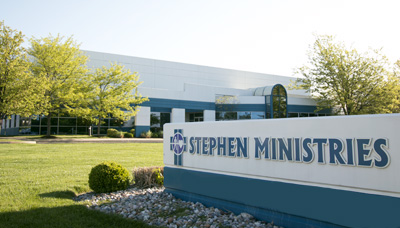 In 1997, Stephen Ministries St. Louis moved into our permanent home, the Stephen Ministries Center. (The move-in day happened to be November 3, the 22nd anniversary of our founding.) The 38,000-square-foot office and warehouse facility gives us the capacity to serve the church much more effectively for decades to come.

God isn’t done with Stephen Ministries St. Louis yet. We have been blessed with a talented, committed staff—researchers, writers, teachers, project managers, and customer support staff—who are continually developing new resources while supporting and delivering the life-changing ministries and resources we already offer.

We look forward to equipping and empowering people for high-quality, Christ-centered ministry for generations.