Congregations everywhere are seeing an even greater need for Stephen Ministry, and Stephen Leaders are seeking to add more Stephen Ministers to their teams to help with these increased needs for care. 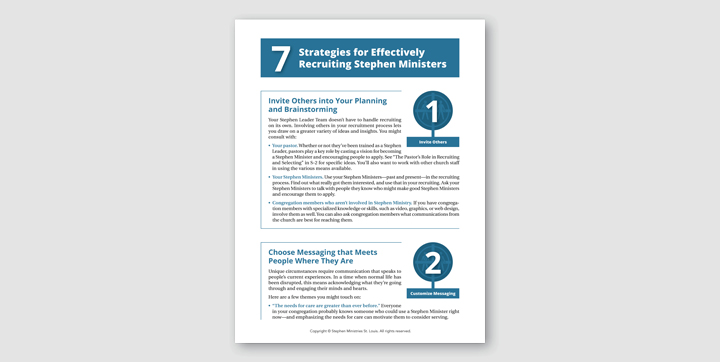 
Invite Others into Your Planning and Brainstorming 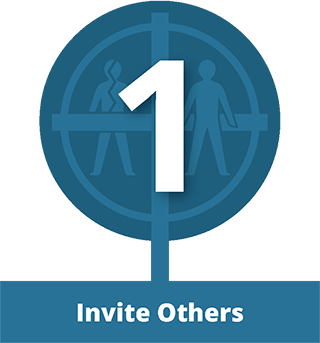 Your Stephen Leader Team doesn’t have to handle recruiting on its own. Involving others in your recruitment process lets you draw on a greater variety of ideas and insights. You might consult with:


Choose Messaging that Meets People Where They Are 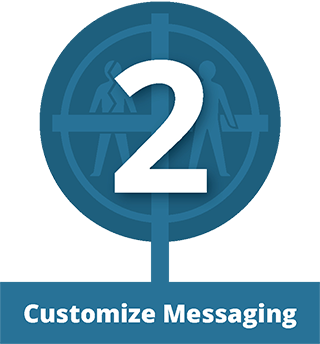 Unique circumstances require communication that speaks to people’s current experiences. In a time when normal life has been disrupted, this means acknowledging what they’re going through and engaging their minds and hearts.

Here are a few themes you might touch on:

Talking to your pastor, church staff, Stephen Ministers, and others in your congregation may help you identify other possible themes. 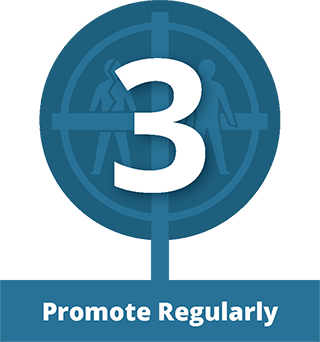 Use existing ways your church is communicating to recruit Stephen Ministers. These might be slides shown during online worship service announcements, newsletters, emails, or your church’s social media pages. Again, having your pastor involved from the start can make a big difference.

If possible, it can be good to create dedicated communications about Stephen Ministry, such as standalone emails and social media posts, in addition to mentions in broader communications (such as a regular blurb in the church newsletter).

Helpful resources for many different kinds of communications can be found in the Stephen Leader Online Toolkit, particularly in S-1, “Publicize, Educate, and Cast a Vision.”


Be Intentional in Your Recruiting 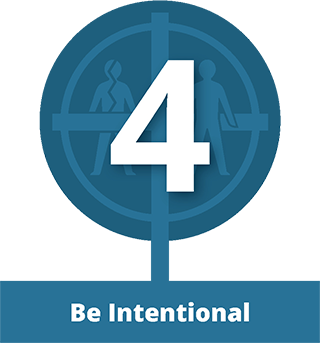 Intentional recruiting is always key, but it’s even more important when you may have limited in-person interactions with potential Stephen Ministers. Following are a few key points to keep in mind:


Hold an Informational Session by Videoconferencing 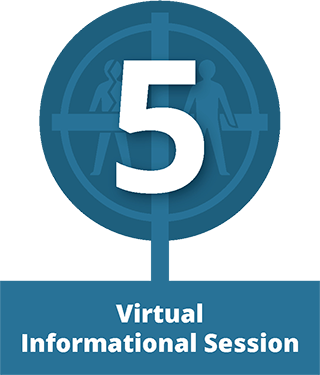 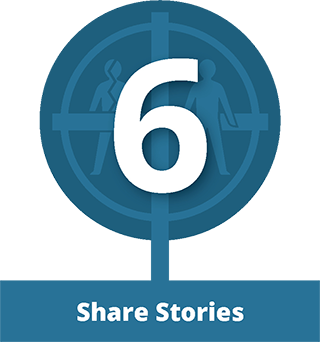 Stories are a powerful way to engage people’s hearts and help them envision the positive impact they can have by serving as a Stephen Minister. You might ask your Stephen Ministers, previous care receivers, or others to talk about their experience with Stephen Ministry. You could also share stories from Stephen Ministries St. Louis, like the ones found at stephenministries.org/stories.

Think through which methods—video, print, presentation, or other—are possible for your congregation and which will communicate most powerfully to potential Stephen Ministers. 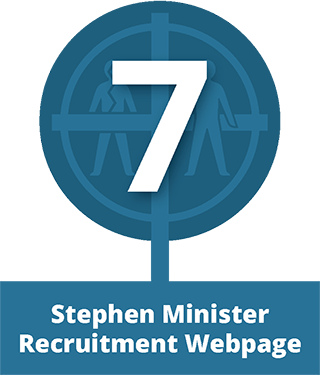 Stephen Ministries St. Louis has developed a brand-new webpage and video you can share with potential Stephen Ministers to help them learn more about what it means to be a Stephen Minister. Designed to answer questions people may have and to show the many benefits of serving as a Stephen Minister, it can be a powerful tool in your recruiting.

Visit this new webpage at stephenministries.org/serve.

For additional ideas and help in recruiting Stephen Ministers, you can also turn to these two resources.